SSD drive – is it worth having?

The hard drive is an indispensable component of any computer. Until recently, the most important elements were the processor, RAM and graphics card. The disk had no significant impact on the speed of the computer – it was just supposed to be as big as possible. This approach changed the emergence of the first SSD media on the market, which enable hardware acceleration and improvement, displacing more and more traditional hard drives. Is the growing popularity of SSD justified? The answer will certainly be found by analyzing the benefits of using them.

What is an SSD?

SSD (Solid State Drive), i.e. a modern semiconductor drive, is a mass storage device for data storage built on the basis of flash memory. It is a kind of non-volatile, non-volatile NAND computer memory. The use of this technology offers a much higher speed compared to classic discs, where the electromagnetic head reads data from constantly rotating platters, a bit like in a turntable. SSD disks do not have any mechanical, moving parts. They are composed only of control electronics and memory modules (bones) placed on a PCB closed in a metal box to which the signal and power cables are connected. Much smaller and lighter than classic HDDs, they are also characterized by a shorter response time and much better performance.

Functionality and application of SSD drives 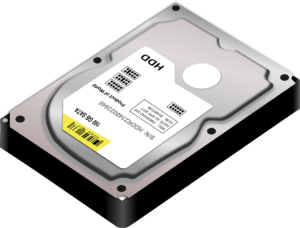 SSD media are suitable for both external and internal use. The way they are used depends on the individual needs of the user. Based on semiconductor memories, they offer not only great performance, but also very fast access time to data, facilitating operations with small files. These features translate into a significant increase in the comfort of working with a computer. The entire operating system runs smoothly and with more power. In order to use the potential of hardware with an SSD disk, it is worth making sure that only the most frequently used applications or graphic programs are on it, and photos and other less important things on a daily basis should be stored on a separate disk or in the cloud. This will prevent the disk from filling up too quickly, which is important due to its relatively high price, increasing with capacity.However, even with a basic SSD carrier, we can expect a shorter system startup time, faster loading of programs and games and a smoother file preview than when using a classic disk.

Modern, semiconductor disks have an advantage over magnetic disks in virtually every field. The most important benefit of using them is, of course, the high efficiency of the operating system, and with it:

With many of the strengths of SSDs, the downside of some is the limited number of data write cycles. This problem occurred mainly in the first series of carriers. Currently, thanks to the use of newer controllers and algorithms, it has been possible to significantly reduce this inconvenience. Data recovery from the disk can be a problem, as it is sometimes more complicated than in the case of HDD. The last two, probably the biggest disadvantages of SSDs are their relatively small capacity and quite high price.

What to consider when choosing a disk?

The basic criterion for choosing a disk for a computer should be the nature of activities most often performed with its use. If we mainly use an office suite and a web browser and watch movies in not the highest resolution, then a very fast (for example, the M.2 PCI-Express model) and expensive high-capacity SSD disk will be an unnecessary expense – perhaps 256 GB will be enough. The most important technical parameters affecting the efficiency and stability of work that should be analyzed before purchasing are:

Is it profitable to buy an SSD drive?

It is difficult to answer this question unequivocally. People who only use their PCs or laptops occasionally to watch movies, read the news and use social media are unlikely to benefit from purchasing SDDs, as they currently offer little capacity in relation to price. However, in everyday work and in gaming computers, they are basically indispensable. Programs or games that need a lot of time to load many necessary files and settings, installed on modern disks run much faster and without unnecessary delays. Even the basic semiconductor media offers better performance and smoother operation than HDD. Therefore, the SSD drive will appeal to everyone who cares about efficiently working computer equipment – instant launch and installation of programs. Especially,that prices are systematically decreasing and soon there will be a chance to switch from a classic to a very modern disk for a quite attractive amount.